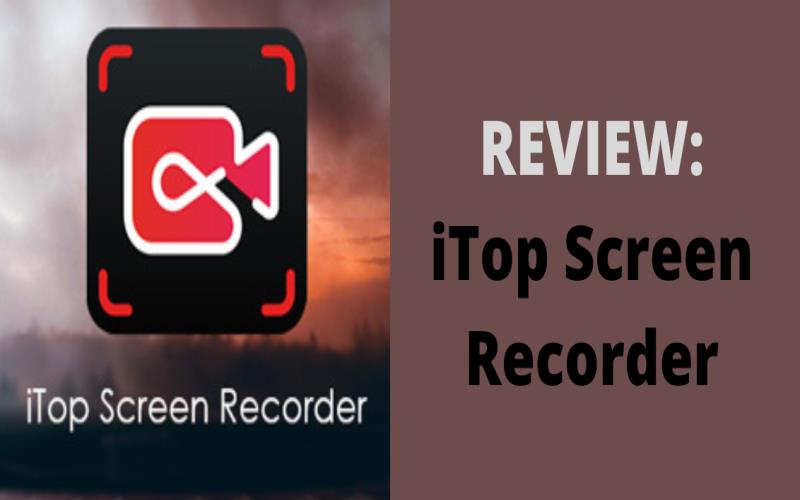 With iTop screen recorder, you can take screenshots of everything on your screen and record and share your gaming sessions with friends. You can record a portion of your screen; screenshots can be taken and stored locally with this program.

When you first launch iTop Screen Recorder, you’ll be greeted with a sleek and straightforward user interface. Select what you want to record or capture using the control toolbar, and learn how to do so with the help of a brief, interactive step-by-step guide. You can also find video tutorials in the main window, accessible via the tab marked for this purpose.

If you want to capture what’s happening on your desktop, iTop Screen Recorder has you covered. You have the option of recording in a predetermined aspect ratio. You can activate or deactivate the webcam, microphone, and speakers with the help of the control panel. Similarly, you can disable that feature if you don’t want your mouse cursor to be visible in the final video. A red rectangle indicates the recording space, and a control panel appears in the top right corner of the screen so you can start and stop the recording whenever you like.

If you’re using iTop Screen Recorder, you can save time and effort by using the shortcut keys provided to start and stop recording and snap screenshots. The built-in scheduler in iTop Screen Recorder is just one more way. It saves you time and effort by allowing you to plan for future recording sessions. It is helpful to know that iTop Screen Recorder records mouse actions, complete with highlight effects & click animations that make it easier to track the cursor if you intend to record tutorials. You can have the program conceal your desktop’s icons while it records.

iTop Screen Recorder is a solid online screen recorder for recording Windows desktop activities. It has a few more capabilities for you to explore on your own. It allows you to record your desktop in great resolution and supports various export formats. It can also record audio and video from a webcam and take pictures.

How Do You Record Video Using iTop Screen Recorder?

Now that we have everything out of the way let’s examine how to screen record. The iTop Screen Recorder has a simple three-step process for recording.

Suppose you don’t know how to record Zoom meeting and now you’re looking for a screen recorder & video editor that can record your screen without hassle, allow for expert editing, and easily export your finished product to the most popular video-sharing sites. In that case, the iTop Screen Recorder is the best choice. A watermark will appear on your recording unless you purchase the Pro edition. Watermark removal, standard editing, and a denoiser are all within budget.